PURCARI WINERY, AWARDED FOR THE SECOND YEAR IN A ROW WITH THE SPECIAL PRIX IN FRANCE 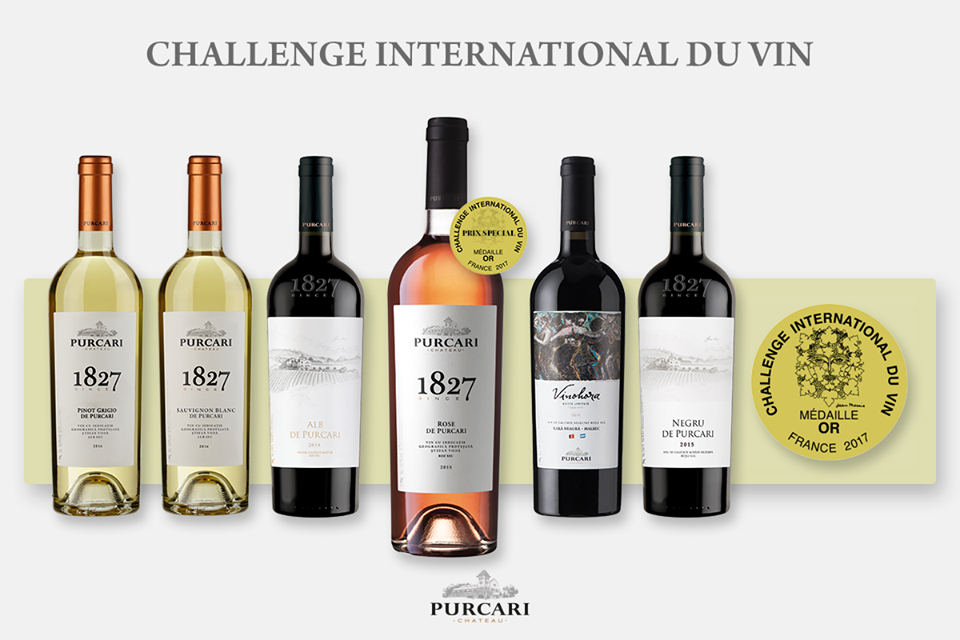 Purcari Winery was awarded with GOLD Medals and with The SPECIAL PRIX at the 41st edition of Challenge International du Vin, one of the most prestigious wine contests in the whole world.

Even more, this distinction is offered only to 12 of the best wines from the whole world, in the Special Prix category.

Thanks to the fine and finished taste of the wines, Purcari managed to obtain 8 awards from the 11 offered to Republic of Moldova and to compete with other 5000 wines, internationaly.

To meet the strict quality standards, the participating wines are tasted and rigorously analyzed by a team formed by aproximately 700 international experts. The commpetition, held between 21-22 April 2017 in Bourg (Bordeaux- France), has reunited 37 wine producers and wine consuming countries around the world.

As a reminder, the foreign experts that came in Moldova for the Wine Vernissage admitted, after the blind wine tasting, that the best rose wine made in Moldova is Rose de Purcari. Nathalie Pouzalgues – oenologist at Wine Research and Experimentation Center of Rose Wine in France, Robert Joseph - wine expert and world renowned wine commentator in the UK, Brigitte Leloup – Maitre Sommelier, Vice President of the European Sommelier Association and other special guests of world importance were the ones that appreciated the taste, the flavor and the sophistication of  the exceptional Rose wine of #Purcari.