PURCARI - THE MOST AWARDED WINERY FROM MOLDOVA AT THE IWCB 2016 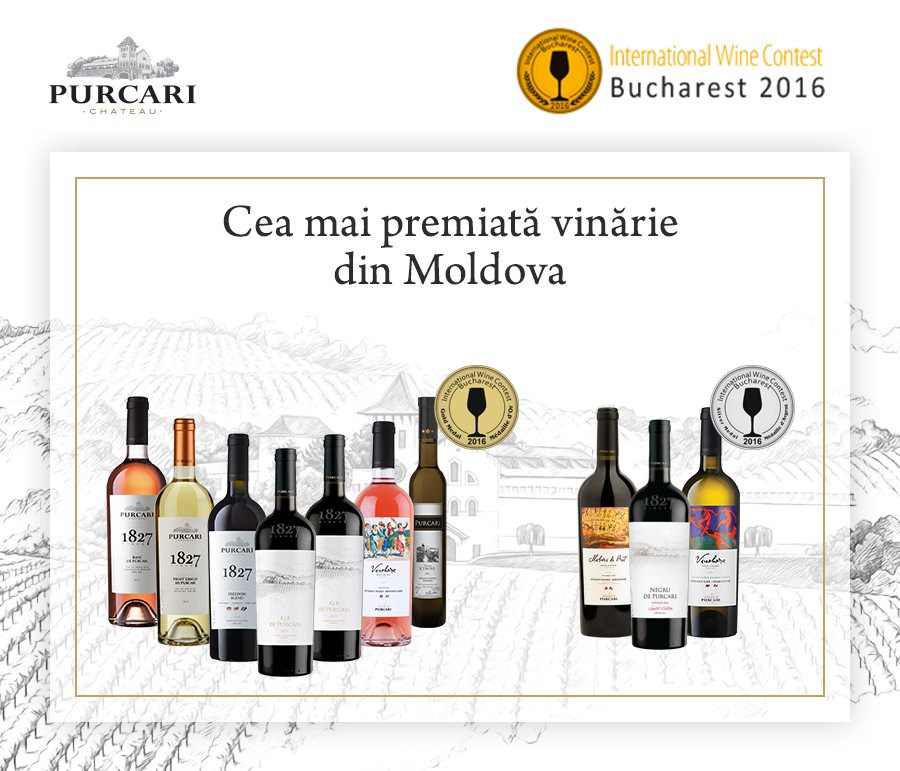 The contest was held between 26 to 29 May 2015 and brought together 45 countries that produce and consume wine, which had presented more than 1,000 samples of wines.

The International Wine Contest in Romania 2016 celebrates the 13th edition and is organized upon initiative of the National Office for Vine and Vitivinicultural Products, by ASER Wineconsulting in partnership with Certified Wine Tasters from Romania, under the patronage of the International Organisation of Vine and Wine.

Purcari Wines participate in the International Wine Contest Bucharest since 2006 and over past years have gathered more than 25 awards.